Haven’t had the chance to keep up with the latest men’s celebrity hair transformations? Fret not, gents, because we’re here to keep you in the mane loop with our jam-packed edit of the best men’s makeovers, so you don’t have to miss out.

Simply flick through our gallery, above, to keep on scrolling to see all the dapper looks that everyone’s talking about. Who knows, you might just find a style that’ll inspire your next trip to the barbers. So, what are you waiting for?

All the celebrity male hair transformations you might’ve missed

The 25-year-old Dusk Till Dawn singer, who recently publicly announced his split with model Gigi Hadid, has done something pretty drastic to his hair in the wake of the breakup: he’s dyed his dark hair and is now rocking an icy platinum blonde.

While we always love his forays into colour territory (remember his green locks?), the real question is: will the blonde be sticking around? We wouldn’t be surprised, after all, it isn’t the first time he’s rocked platinum. 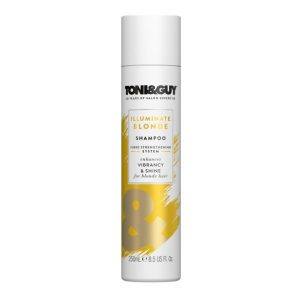 Editor’s tip: Has Zayn got you thinking about going blonde? Make sure to keep your trendy new colour looking fresh by using a specialist blonde shampoo, like the TONI&GUY Illuminate Blonde Shampoo. What this will do is help keep your colour looking vibrant and really bring out those bright blonde tones.

A swept-back mohawk with shaved sides.

When Peter Andre turned up at ITV’s Loose Women studios this week to speak to the ladies, news of his first ever Hollywood role was overshadowed by something equally major – a new haircut!

In preparation for his debut feature film, the Mysterious Girl star has shaved off the sides of his old quiffed hairstyle and made the most of his new look by wearing the top layers swept back in a subtle mohawk.

Now, we’ll have to hold out to see how his acting skills measure up, but at least he’ll look the part now at all of those red carpet events! 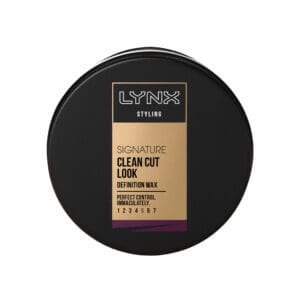 Editor’s tip: No idea how you’d style a mohawk? It’s easier than you’d think! All you need to do is use a hairdryer to blowdry your hair back, using your fingers (or a comb if you prefer a more defined look) to push your hair to the back of your head.

Then, to finish, use product to work your hair into position. The Lynx Signature Clean Cut Look Definition Wax is a great one for this, as it’s a firm wax formula with a strong hold to keep your mohawk in place.

A purple dye job and a textured short haircut.

We’re used to seeing The 1975′s Matty Healy with dark, long curly hair, but it seems like the new year and his new album Music For Cars (which is yet to be released) has inspired him to make a dramatic mane change.

The lead vocalist has not only chopped off his signature curly locks, but he has also dyed his mane pastel purple. And if his fans are obsessing over his ruffled ‘do — it must mean something good. Credit: @altpress

Tyler, the Creator, got extra creative with his short black hairstyle by opting to pair it with a fresh leopard print design.

You do know what this means, right? Hair designs (the trend you thought belonged and died in 2012) are back. So, if you’re eager to make your mane look like a Banksy creation, you know what to do. Credit: @tylerthecreator__

Former footballer David Beckham is officially back on everyone’s mane radar! Why? Because he has ditched his flow hairstyle for this fresh, dapper new haircut.

Becks impressed with this textured swept-back quiff style + short taper faded sides, as he announced his plans to launch a Major Soccer team in Miami, this year. 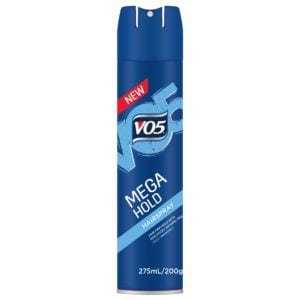 Editor’s tip: Want to make your hairstyle last? The VO5 Mega Hold Hairspray offers a firm hold with a non-sticky, natural feel. This means you won’t have to worry about your dapper ‘do falling out of place.

News outlets all over the world went wild when Prince William showed up to one of his royal engagements with *gasp* a freshly shaved head.

The 35-year-old and future King of England, who has been dealing with a gradually receding hairline for years (much to the amusement of brother Prince Harry), has decided to shave off the majority of his hair into a buzz cut. Leaving just some remaining length on either side, it means that his hair loss is now much less noticeable.

Now, we like to think that Will up to date on his trends, so we can only assume he knowingly chose the style for its on-trend appeal, with the likes of Jamie Dornan and Justin Bieber both shaving their heads in the past year.

If you’re tempted to go for the royal clipper treatment too, click to see more buzz cut inspo right here. Whether you’re concerned about balding or not, you won’t find an easier or more low maintenance look.

We’re used to seeing celebrity chef Gordon Ramsay cooking up a storm in Hell’s Kitchen with his usual wavy, long top and short sides hairstyles, but it seems like the new year has got him feeling a certain way. Why? Because he took to Instagram to reveal a fresh fade haircut.

Not only has the chef jumped on the fitness bandwagon with his Ultimate Fit Food cookbook, but he has decided to mark the start of a new chapter of his life with a daring mane upgrade.

If you look closely at the picture, above, you can tell that the 51-year-old has had a subtle low fade haircut buzzed in, giving his classic long top hairstyle a modern new feel. Nice job, chef G! Credit: @gordongram

It’s Tom Hiddleston’s clean cut red carpet style that has led to endless rumours about him being lined up as the next James Bond. But as he rocked up for the world premiere of his latest film, Early Man, on Sunday 14th January, it seemed like he had taken a little inspiration from the film’s prehistoric storyline, with a caveman look all of his own!

The Night Manager star, who famously dated Taylor Swift, showed up at the BFI Imax in London with a rugged beard and a longer, tousled hairstyle. If you haven’t seen it yet – you need to.

As you can see, he’s now donning grown-out, almost dishevelled-looking auburn facial hair, which gives him a much grittier-looking vibe.

His hair, meanwhile, is looking noticeably longer than his usual short and slicked-back style. Now worn in tousled curls, it’s a similar style to the laid-back bro flow that we’ve seen on the likes of Bradley Cooper and Keanu Reeves. 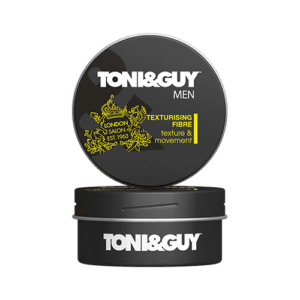 Editor’s tip: Digging Tom’s rugged reinvention? You can use the TONI&GUY Men’s Texturising Fibre to recreate a similar look at home. Working some of this through your hair will add extra bounce and a light hold, making sure your hair looks stylishly effortless rather than scruffy! 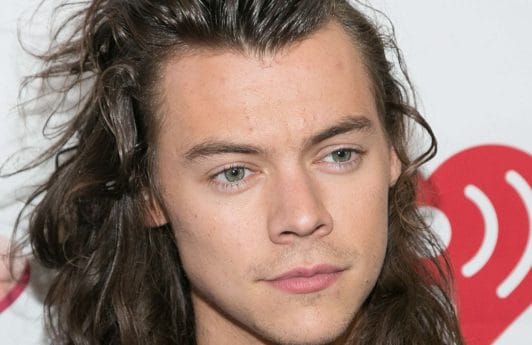 8 male celebs with long hair to copy this year

See the best styles from the hotly anticipated Dunkirk premiere

9 looks for Asian men: Hairstyles that tick all the boxes!

Why we’re lovin’ the ‘Meet me at McDonald’s’ haircut 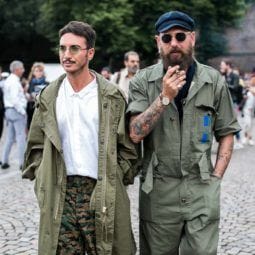 20 popular beard styles for men of all ages 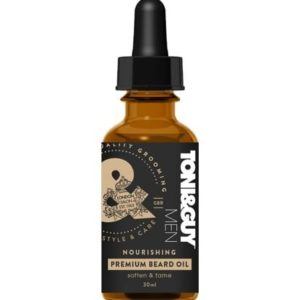 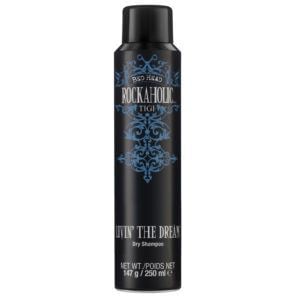 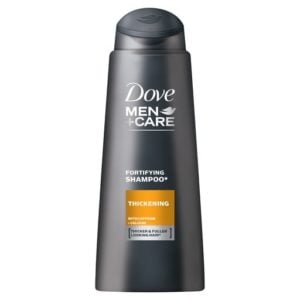 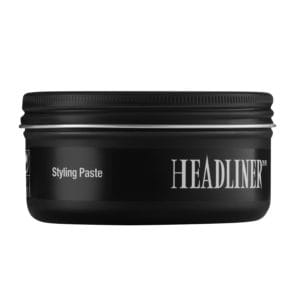 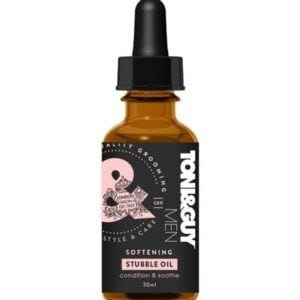 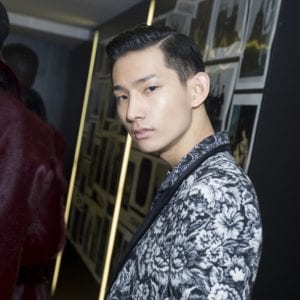 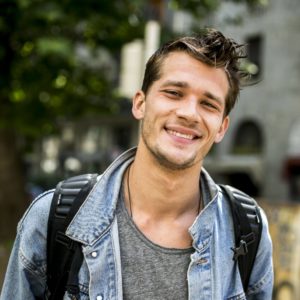 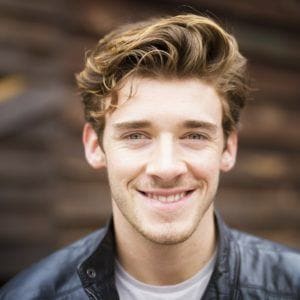 The taper haircut: 4 Things to consider before getting your hair cut 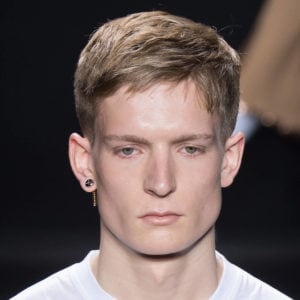 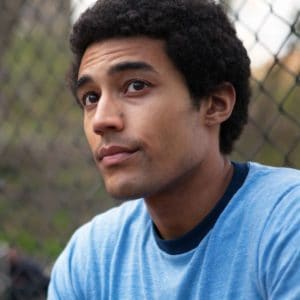 Shake-up your style: 8 sharp ways to upgrade your look with a bald taper fade 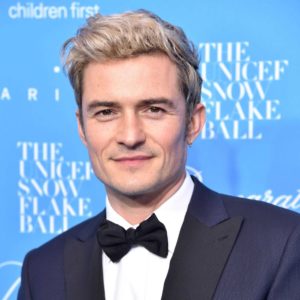 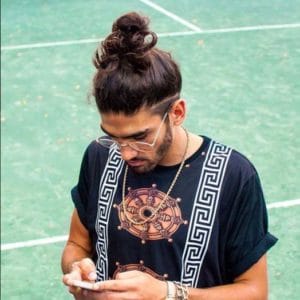 6 fresh ways to style a short undercut hairstyle this autumn 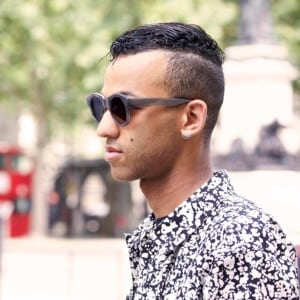 Your guide to the fohawk (AKA fauxhawk) 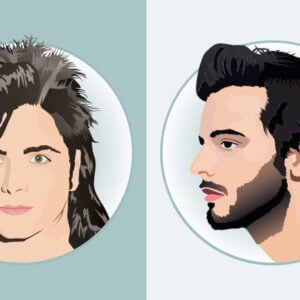 The mullet haircut: A history 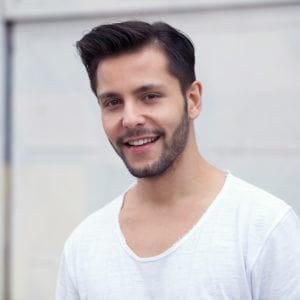